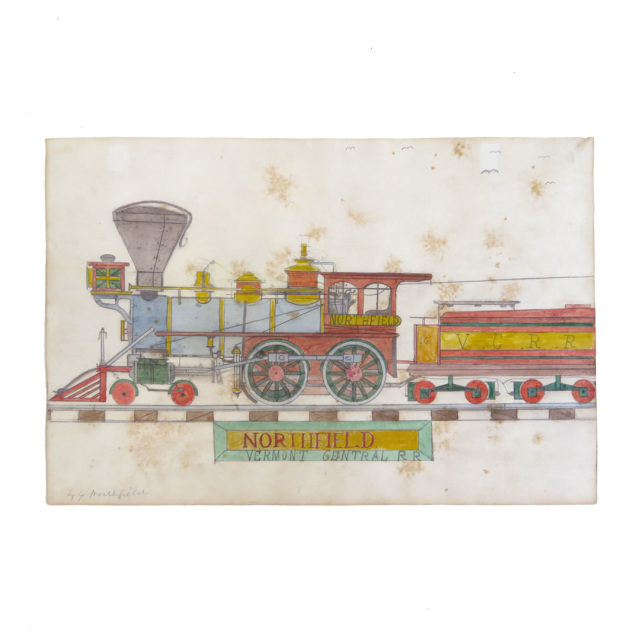 The story of Vermont's first railroad begins with the Vermont Central Rail Road's (VCRR) incorporation by the Vermont general assembly in October, 1843. According to "The Rutland Railroad," the VCRR was conceived by Charles Paine to connect upstate Vermont with southern New England. It would follow the White River near the New Hampshire border (White River Junction) until reaching a location near Montpelier via Northfield. From this point, rails would turn west following the Onion River (now the Winooski River) and reach Lake Champlain at Burlington. The railroad officially began construction in 1845 and the first section opened between Bethel, Vermont and White River Junction on June 26, 1848. (source: https://www.american-rails.com/vrtrdes.html)