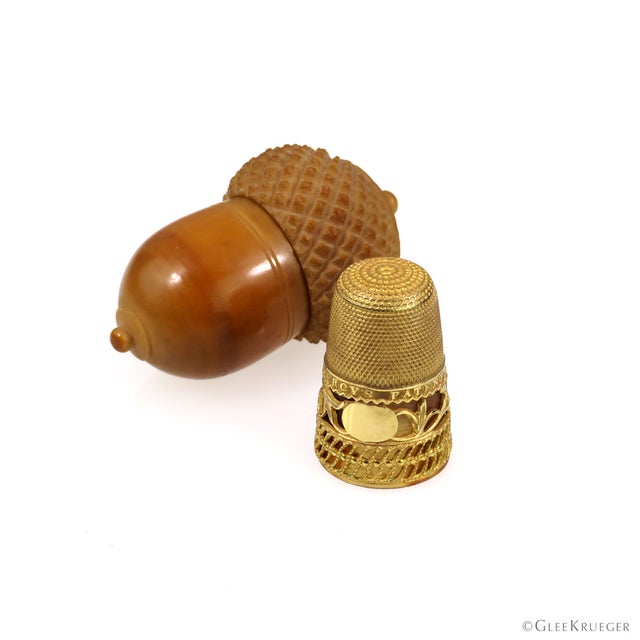 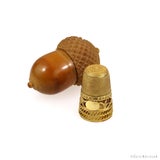 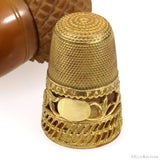 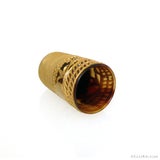 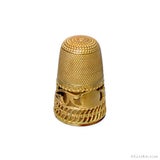 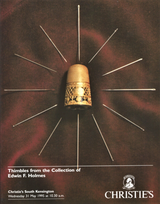 John Piercy, an English silversmith, obtained a patent in 1816 for his unique process of cold soldering gold, silver, iron, and steel to tortoiseshell. His most well known namesake thimble is recognized for its embellished royal coat of arms. Piercy created several designs, incorporating gold or pinchbeck with a tortoiseshell liner. Thimbles made by Piercy's Patent are relatively rare. I have found only one other example of this particular style in the 1995 Christie's auction of "Thimbles from the Collection of Edwin F. Holmes".

Edwin was a friend of mom's and included several examples from her collection in his 1976 book Thimbles.

The 1995 Christie's South Kensington auction of the Thimbles from the Collection of Edwin F. Holmes included three Piercy's Patents: the featured one on the cover, the royal coat of arms, and the identical one to this listing, lot 114.

VERY GOOD. There are no cracks or splits. Perfectly in the round, without dents.

Pinchbeck has oxidation appropriate to age and material.