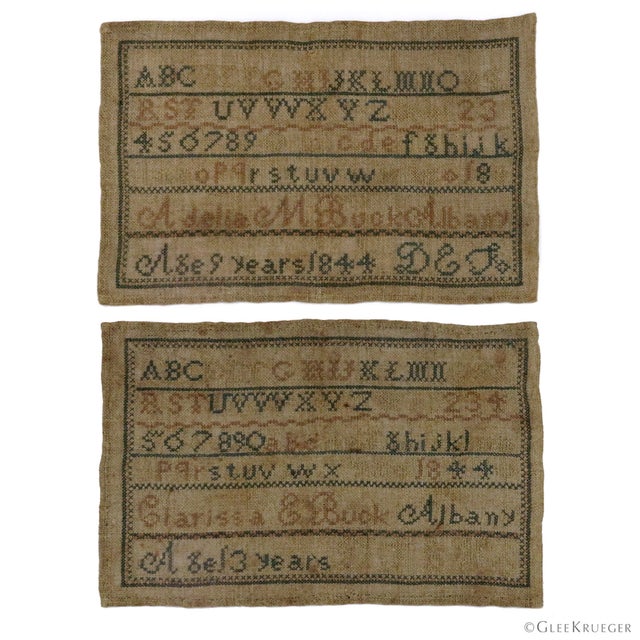 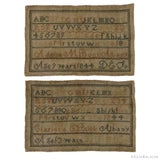 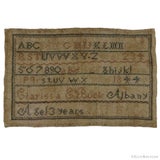 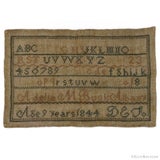 Pair of Albany, NY, marking samplers by sisters Clarissa and Adelia, worked in 1844.

At the age of 22, Clarissa married Edward Boyd. They had a son and daughter before Edward died of consumption at the young age of 36, in 1865. Clarissa returned to live with her parents. Unfortunately, between 1882 - 1884, her daughter, mother, and sister died. By 1900, she is shown living with her son and daughter in law.

Their maternal grandfather, Elishama Janes, owned a tavern with his wife Betsy. Janes' Corners (South Bethlehem, 30 miles south of Waterford) was in the late 19th c. a station on the West Shore Railroad.

No ground or thread loss. Fading to thread color, and spotting to ground.