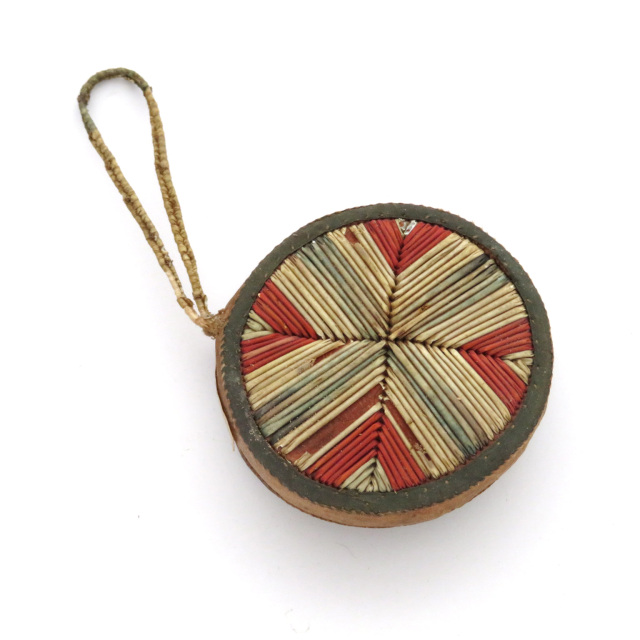 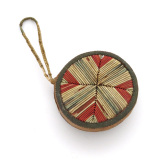 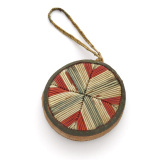 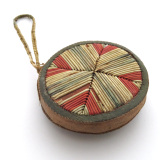 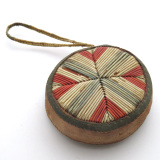 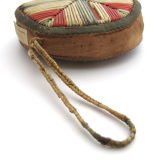 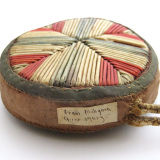 This pincushion belonged to Mary Hazard, the great aunt of Maud Lyman Stevens. It was acquired in the early 1830s in Niagara.

Pincushion is labeled with tag "From Niagara / Aunt Mary". Previously attached to card "Quill Pincushion brought from Niagara to Miss Mary Hazard in her youth". "Gift of Maud Lyman Stevens. 1946. (her grand niece)".

None of the colors are from aniline dyes, which were introduced in the 1850s.

Provenance: Acquired in 1974 from Esther Merrill, at the New Canaan, CT Amory Show.

Condition: Excellent for a very RARE Mi'kmaq pincushion. Some quill loss, and foxing to silk band.